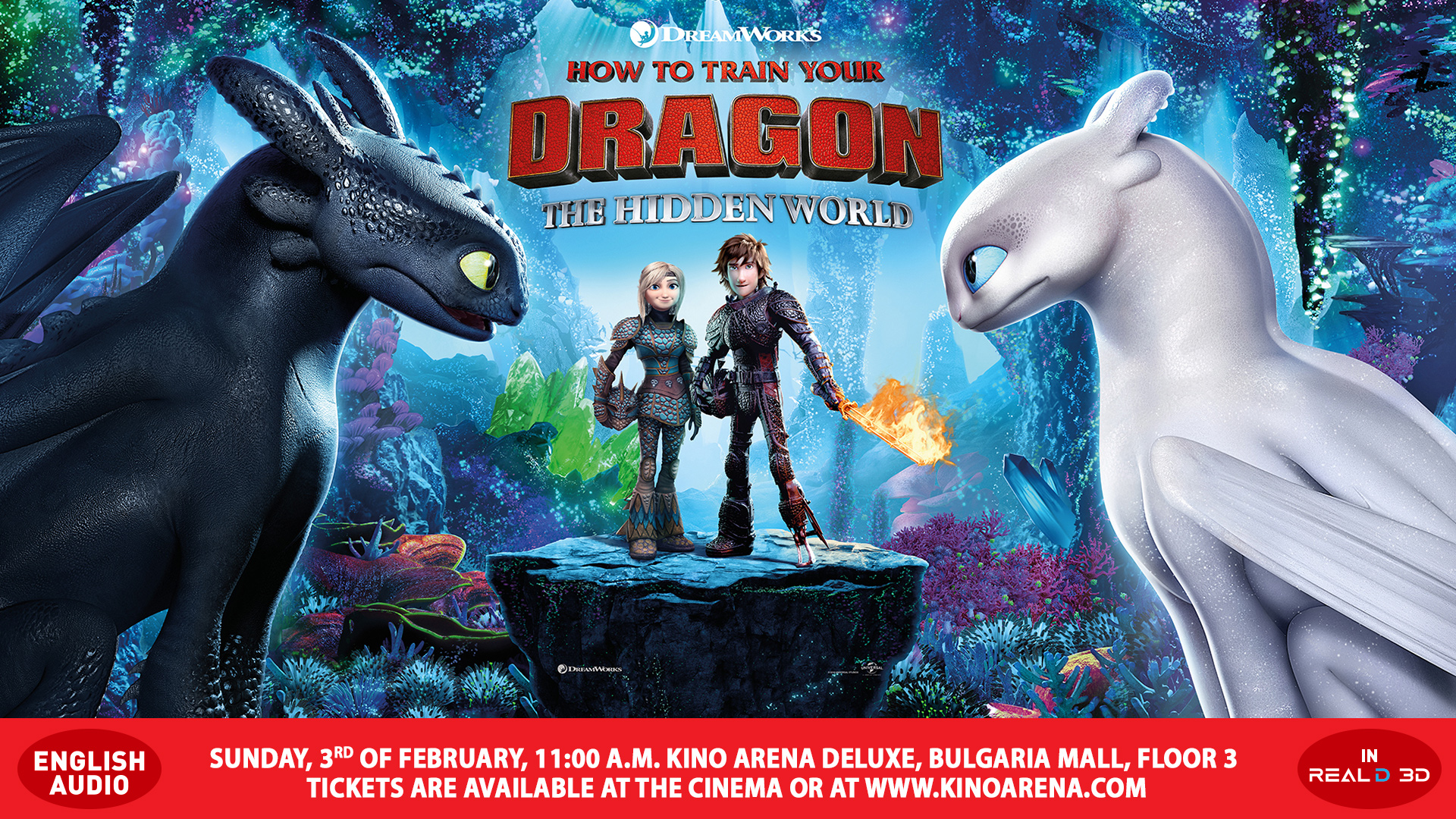 The latest movie title scheduled for screening on February 3 (Sunday) at 11:00 a.m. is How to Train Your Dragon The Hidden World RealD 3D. Tickets are available at Kino Arena Deluxe in Bulgaria Mall and on www.kinoarena.com/en/. Ticket prices are standard for the Kino Arena Deluxe.

How to Train Your Dragon the Hidden World

When Toothless gets drawn away by the sudden and inexplicable appearance of female Lightfury and a new threat finds their way into Hiccup's crowded dragon utopia, both human and dragon alike are prompted to begin a search for the mythical ancestral home of dragons: a hidden world thought to exist only in myth. A tale of friendship, fate, and ultimately letting go.